It’ll be interesting to see how the Coronavirus affects the online gig and affiliate marketing economy.

Here in Republic of Ireland, we’re heading towards the lockdown route to controlling the spread of the virus.

Ireland Is Going Into Lockdown

Already, all the schools and creches have been closed until March 29th and the St. Patrick’s Day Parades have been cancelled.

There’s panic buying in the shops with many shelves now empty of products.

This despite the fact there’s no disruption to the food and other product supply chains,

Strangely, one of the products that’s continuously being sold out is toilet paper. 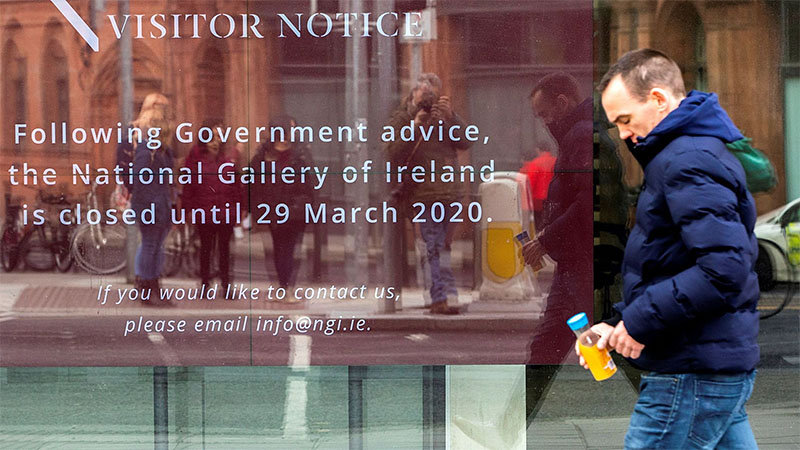 Companies (like my accountant’s) are telling people not to attend face-to-face meetings and to use other means of communication where possible.

Health Service help lines are being flooded with calls from people asking to be tested for the virus.

This is even though the populace have been told that the only way to arrange a test is through their doctor – by phone, not by turning up in person at the surgery.

All gatherings of more than 5 people have been banned.

We’ve all been told about the personal hygiene etiquette to follow to help stem the spread of the disease:

In addition, all pubs and restaurants have been asked to close.

48% of the population are now working from home and there have been thousands of people laid off work, mostly in the hospitality sector.

How Employees Are Being Affected

While public transportation and taxis are still operating, companies, on government recommendation, are asking employees to work from home whenever possible.

Where businesses have to temporarily close due to the restrictions on close social interaction, employees must still be paid up until the 29th.

Naturally, the hospitality and tourism sectors have been badly hit by a loss of business.

While most such companies can last financially until the 29th, some have already had to let staff go.

Beyond the 29th, companies start running out of money and will begin to go out of business and the number of unemployed will start to rise.

In spite of this, the government has decreed that all taxes must still be paid on time and there will be no tax holiday. Interest payable on late payments will be waived though, up until June.

Why Being An Affiliate Marketer Is A Good Thing

With me being a full-time affiliate marketer, some of my friends have thought it was a risky business to be in, what with the changing monthly income and no safety net under me, so to speak.

Other affiliate marketers have seen similar sentiments expressed by those near and dear to them.

Ironically, it’s online marketers and businesses that will likely see the smallest reduction in earnings as things move forward or, indeed, an increase in earnings.

In fact, with people being stuck at home, going stir crazy, many will turn to the internet to break the monotony.

That may mean they’ll buy online marketing course from quality mentors and coaches as they look for a supplementary or replacement income for their full-time jobs.

So that’s definitely a business opportunity for affiliate marketers to exploit (but in an ethical way).

People may also go on a bit of a spending spree out of sheer boredom during the lockdown so that online businesses actually see a rise in earnings.

Italy is in complete lockdown now, and Spain will be on Monday (16th). In fact, today, flights to Spain with the UK Jet2 airline turned around in mid-air after hearing of an explosion of virus cases in Spain.

The UK is taking a different approach to dealing with the virus. They’re keeping their schools open and apart from telling people to be sensible and to be careful with their personal hygiene, they’re not going the lockdown route.

That leaves us in Ireland in a quandary. In the Republic, there are some lockdown measures in place while in the North, there aren’t.

The border between North and South is not a physical one and we have situations where people routinely cross the border every day going about their business (there are no border or customs checks).

So, within a mile of each other, one school in the Republic is closed while another in the North is open with kids free to wander across the border (some may even live across that border).

The USA Starts To Take Action 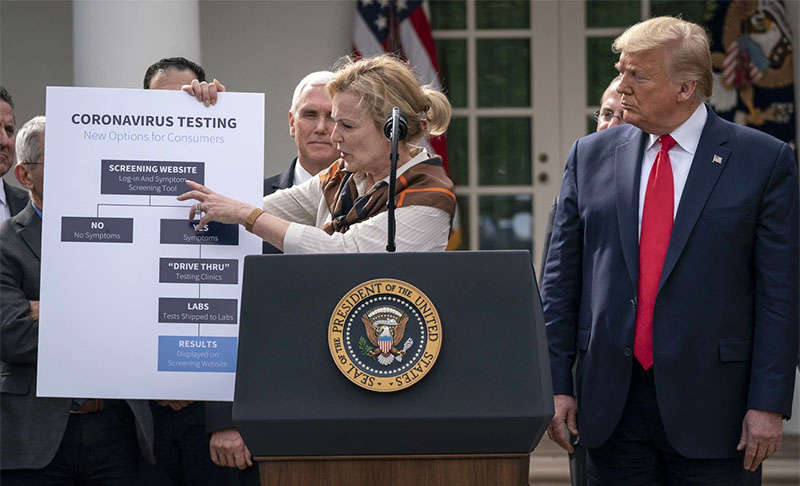 The USA is starting to finally see the threat the virus poses, though it’s been too slow to act.

It wasn’t alone in not acting fast enough to control the spread of the virus though.

It remains to be seen how it’s affected and what measures will be put in place in the coming days and weeks to control the spread.

If the USA follows the trend that happened in China and now in various countries in Europe, it’s only at the very beginning of the infection phase.

In Europe, we have socialised health infrastructure so that if you get sick, you are still treated by the health system regardless of whether you have health insurance or not and nobody’s going to be bankrupted by expensive medical bills.

As I understand it, that’s a problem in the USA. A doctor’s visit here in Ireland costs €60 (about $68) though kids get free doctor visits as do people with a Medical Card.

We also have a robust welfare system that supports people who find themselves out of work, even long-term.

So, for those who might end up losing their jobs as a result of the current health emergency, they will be looked after both financially and medically (should it be necessary).

The USA doesn’t have those mechanisms in place so it’s likely that people there who suffer financially and/or medically as a result of this crisis will feel it more.

Having or starting an online business of some sort almost seems like something of an insurance policy now, to provide some income if everything else goes south. 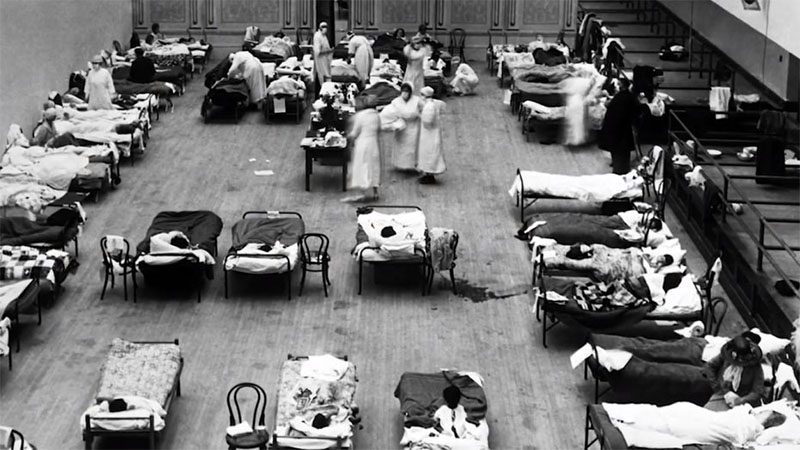 The world hasn’t seen a pandemic like this since the Spanish Flu of 1918.

We have no experience in how to deal with it in our daily lives. We have science and technology on our side though. Without that, the death rate would be much higher.

The Spanish Flu killed more people than those killed in World War I and II combined. An estimated 50-100 million died.

Within months, it had killed more people than any other illness in recorded history, including the infamous Black Death.

It killed 2.8% of the world’s population. It had a mortality rate of about 10% (those who died after contracting it).

In comparison, the mortality rate of the Coronavirus is somewhere around 3.4%.

But it kills older people with underlying health problems more than any other group whereas the Spanish Flu killed healthy, young adults.

What Does The Future Hold? 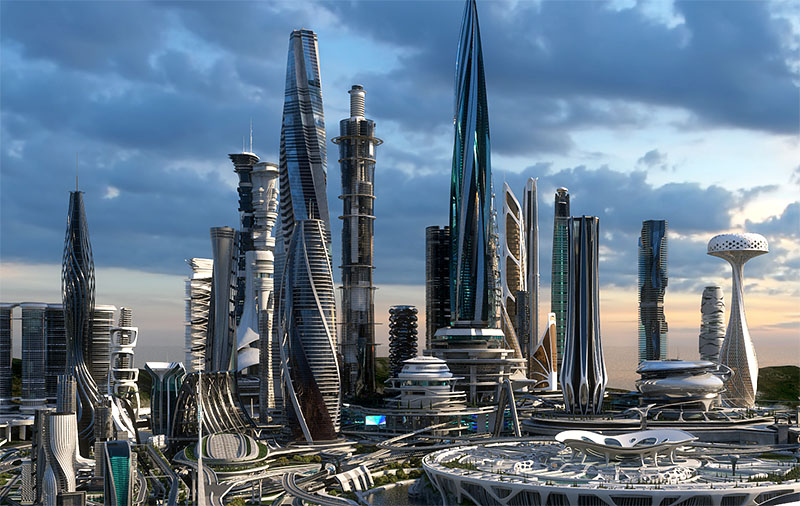 The world is going to see some turmoil in the coming weeks and months as it wrestles with the virus and the changes it forces on society.

And there’s no doubt that what’s happening as a result of this virus is a game-changer.

If the stock market continues its downward spiral, it’s going to put some big companies out of business and affect personal fortunes and retirement funds and the world could be plunged into a global recession.

Hopefully, this will just end up being an uncomfortable few months and then things will get back to normal.

If you feel up to it, I’d like you to let me know how you’re faring, wherever you live, and how the virus is affecting you and your life.

I have a feeling a lot of us are going to need the emotional support of others while we work our way through this crisis.

I posted the original version of this article here. 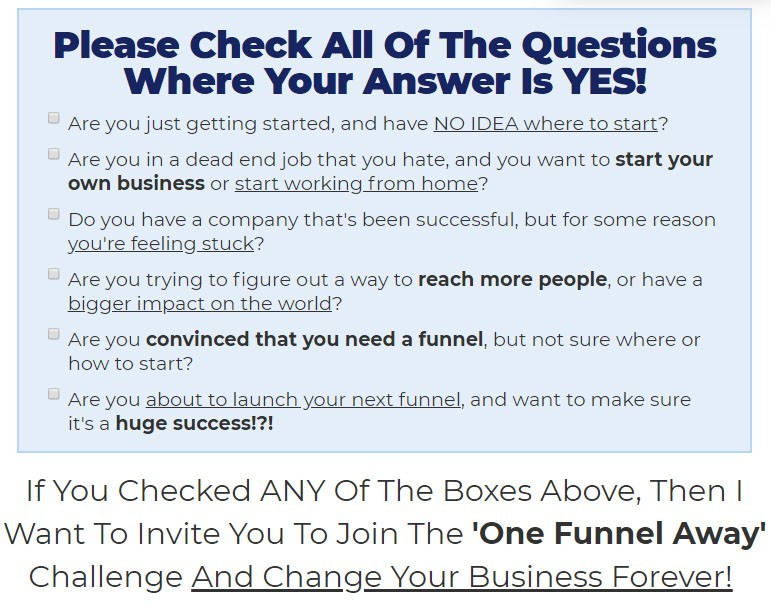