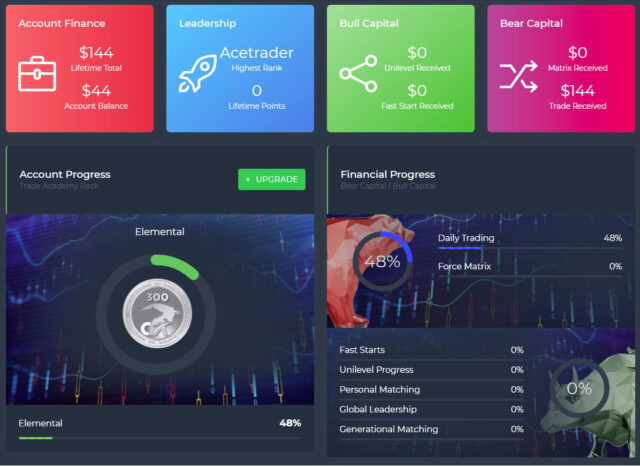 Now that it’s been 12 weeks since I joined Cash FX (which I talked about in detail here), it’s time for another monthly update.

To recap: I opened my account with the minimum $300 investment (which had to be paid in Bitcoin).

$210 of that (70% of my investment) is actually used for trading; the other $90 went into other parts of the program.

While deposits and withdrawals are done in Bitcoin, actual trading is carried out in the Forex market rather than the cryptocurrency market.

That’s because the Forex market is the largest market on the planet with over $5 Trillion being traded daily.

The cryptocurrency market is still only a fraction of that.

The Forex market is also a lot less volatile,

While that means potential profits may not be as large as can be made on the crypto market, the potential losses are are lot lower too.

Cash FX will pay out up to 15 % returns per week, but the average tends to be around 1% per day, sometimes more, sometimes less.

So about 5% – 6% real returns in week (since the Forex market trades 24/7 weekdays only and is closed at the weekend).

I’m now in week 12 of my contract and the image above shows my progress so far following my most recent payout on Saturday.

The only figure of note is the $90 that I’ve earned over 8 weeks of trading.

So I’ve been averaging about $11 per week.

It makes more sense for me to post these updates just after a calendar month ends so, in future, expect these updates to appear at the start of a month.

These are the overall results for April: 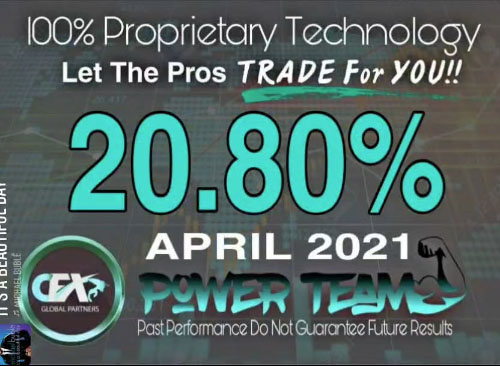 At the end of April, I put in my first withdrawal request for $100.

Since there’s a 20% withdrawal fee, I would only receive $80 worth of Bitcoin (all withdrawals are paid out in Bitcoin).

It took 7 days for the funds to land in my wallet, a little longer than the 3-5 days it’s supposed to take.

To date, I’ve earned $144 in Cash FX, so a little less than half my original investment.

The daily earning rates have been consistent around the 1% mark, sometimes less, sometimes more.

I’ve started promoting the offer using my sales funnel but, so far, while I’ve had dozens of signups, no one’s actually invested yet. 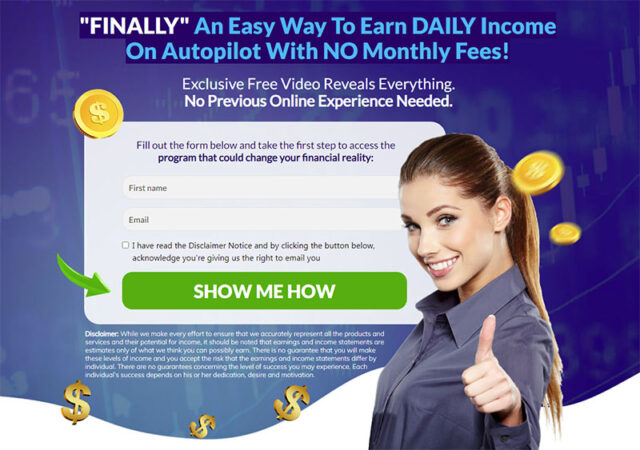 I know the cryptocurrency aspect of this program will put some people off because they’re not familiar with them or they look on them with suspicion.

Others will look at the high earnings to be too good to be true.

All I can try to do is educate them about how easy it is to buy Bitcoin and use it in transactions.

Since these people are on my email list, I can continue to let them know about my own results and point them to the free training webinars.

I haven’t run any paid ads to the program yet as I want to see if I need to continue to tweak my marketing funnel pages first.

I’ve already made changes to all the existing pages and added some new pages into the funnel.

Expect the next update in early June. 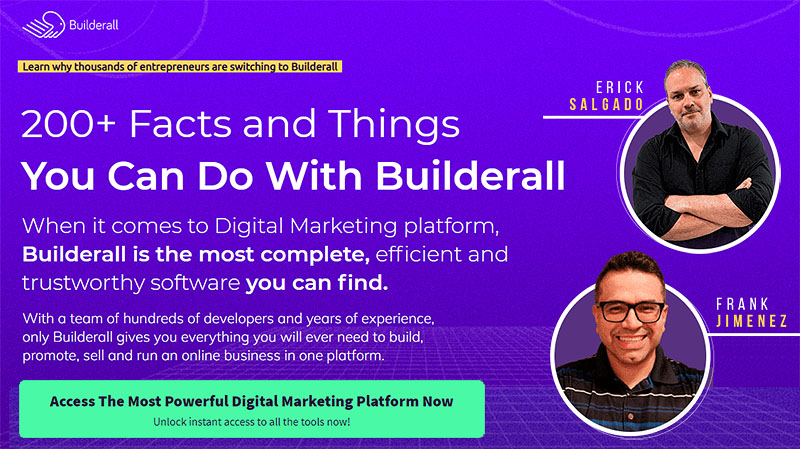