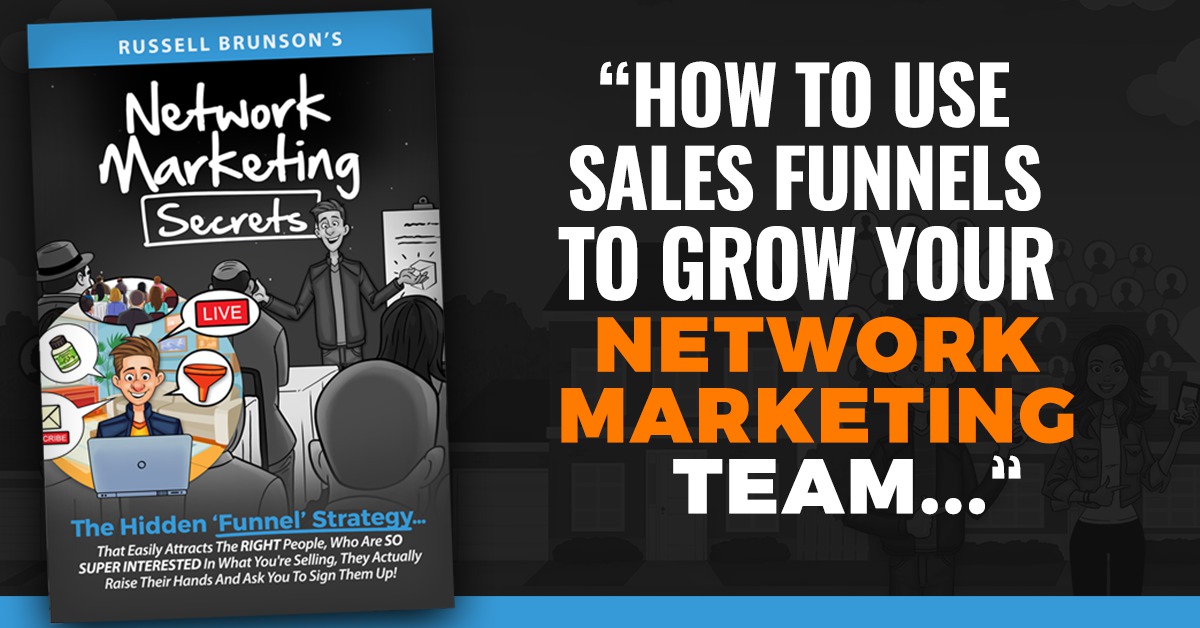 One of the best ways of building a passive income is to become involved in network marketing.

It’s not a new idea. In fact, it pre-dates online marketing by decades. Every heard of Amway or Avon? They had network marketers back in the 60s and 70s.

Network marketing often gets a bad rap because there have been some unscrupulous companies, both offline and on that were nothing more than illegal pyramid schemes which ultimately fleeced their customers.

There have also been quality networking programs in that time, some of which are still around today.

In network marketing, you recruit others to the program you’re in and, as a reward, you’re given a percentage of their fees – your commission.

Some programs operate a one-level plan where you only earn commissions on direct referrals.

Other programs pay out commissions on multiple levels. So you earn commissions on people signed up to the program by people you directly referred yourself.

Typically, with these multi-level-marketing (MLM) programs, you earn a smaller commission on levels further beneath you.

The problem for many network marketers is that they find it difficult to recruit people and so never make any money.

I’ve talked about a company called Clickfunnels® on this blog before.

They provide an online page building service for creating all kinds of marketing pages, sales funnels, webinars and membership sites.

They also happen to run a one-level network marketing program for their affiliates.

“Does Clickfunnels® work for network marketing?”

Followed by the 2nd most common question:

“Which funnel should I use if I’m a network marketer?”

Well, what many people don’t know, is that before Russell Brunson launched Clickfunnels®, he was actually:

How is that possible you may ask…?

Well, it comes down to the power of a few simple sales funnels!

For anyone who says that “you can’t use funnels to grow your team online…” Russell would actually tell you that all 3 of the funnels he used are based on things he learned from old-school networkers who built their teams offline.

He just replicated the process online inside of a simple funnel!

Anyway – I tell you this, because Russell just wrote a new book that was created to show network marketers how to use Funnels to grow their teams, and I wanted to give you a chance to get a free copy during their pre-launch this week.

You can get your copy (as well as copies for everyone on your team) here.

This book will show you the hidden funnel strategy that easily attracts the right people, who are so super interested in what you’re selling, that they actually raise their hands and ask you to sign them up! 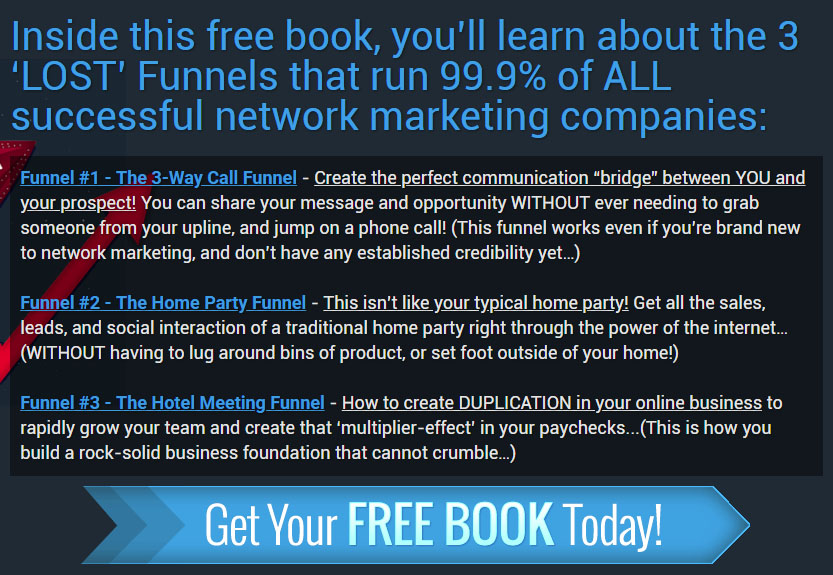 Imagine how different that is to the traditional model of bugging your family, friends and acquaintances! What would it be like to have people coming to you, instead of you going to try to convince them.

You should get a copy for yourself as well as getting everyone on your team to get a copy too.

It’s the culmination of everything Russell Brunson has learned while building companies as a distributor, becoming a top money earner and co-founding his own highly successful network marketing company…

Get a Free Copy of Network Marketing Secrets

By the way, since I wrote this post Russell has written a new book – Traffic Secrets – which is the third and final one in his “Secrets” trilogy.

It delves into the various ways Russell has driven traffic to his offers and businesses, honed over 15 years or working online.

These strategies are responsible for him being able to take Clickfunnels – which he co-founded – a new company founded in 2014 and make no money, to a company that made over $100,000,000 a year just 3 short years later (and it continues to do so).

You can learn more about the Traffic Secrets (which is also free like the  other “Secrets” books) and what’s in it in this post. 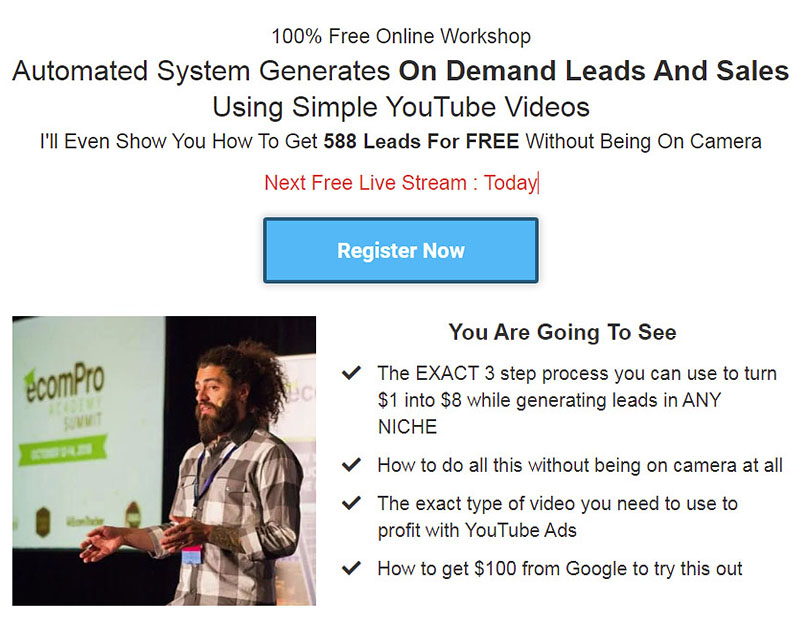