My Clickbank ID was whitelisted by John and his team yesterday, so now my site links are active.

I spent some time looking at the emails in the various email campaigns that I loaded into my Aweber autoresponder on Day 1.

I randomly checked that a number of the links in various emails actually worked and that I was being credited as the affiliate, and all worked perfectly.

So that confirms that the setup process is straight-forward and everything linked together as expected.

Normally, in a 3rd-party email sequence, I’d expect to see one email go out every 1 to 3 days.

The schedule for the emails John Thornhill gives you is much more aggressive with 2 to 3 emails being sent out each day.

Now, these email campaigns and their scheduling are supposed to be tried and tested so it remains to be seen if subscribers to my new list will get annoyed by that level of emailing…

…Or if being constantly reminded about a product is going to make them more likely to buy.

I was tempted to do some editing on some of the emails but I stopped myself.

The experiment here is to see how well this Program works out-of-the-box, not to see how my tweaks and edits will perform.

Plus, despite my best efforts, I’d still be bringing my own biases into the thing.

So, I’m letting the Ambassador Program fly or fall on its own merits.

The Program gives you two links to promote, outside of what’s in the email campaigns.

The first is for John’s free webinar called 6 Figures in Record Time which promotes another of his products – his Partnership To Success coaching program. 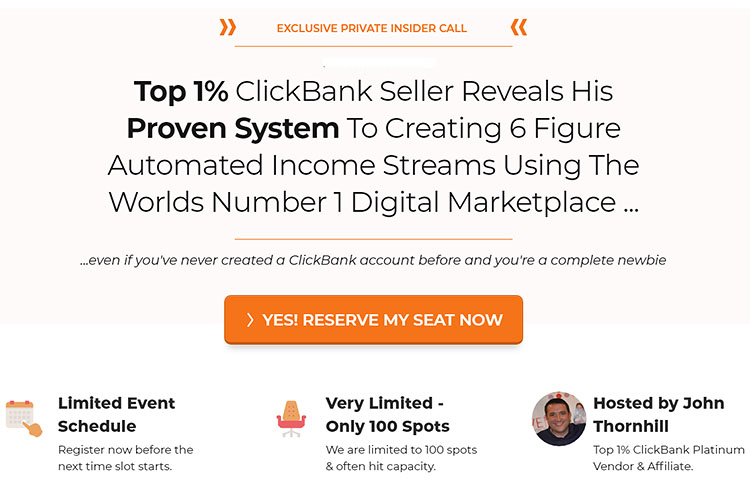 Becoming a Partnership To Success Affiliate

The other link you can promote is a Joint Venture (JV) page for the Partnership To Success Coaching Program.

This is a high-ticket program where affiliates can earn up to $1,857.50 per sale.

John also puts people who sign up for the webinar onto an email list and if they buy any product promoted on that list, you will earn a 50% commission on that, because the links are tagged with your ID.

If you try to sign up to be an affiliate of this program directly through Clickbank, again you need to be whitelisted by John before you’ll be accepted as an affiliate whereas you become an automatic affiliate through the Ambassador Program.

To be honest, I don’t know if people who sign up for the affiliate program through Clickbank are able to earn commissions from these emails.

I suspect not as the Partnership To Success Coaching Program link is hardcoded to you as a buyer of the Ambassador Program.

And it makes sense that Ambassador Program members would get extra perks like this.

Here’s what your JV Offer page looks like (this is only the top part) – the page where you sign up affiliates to earn commissions from their sales: 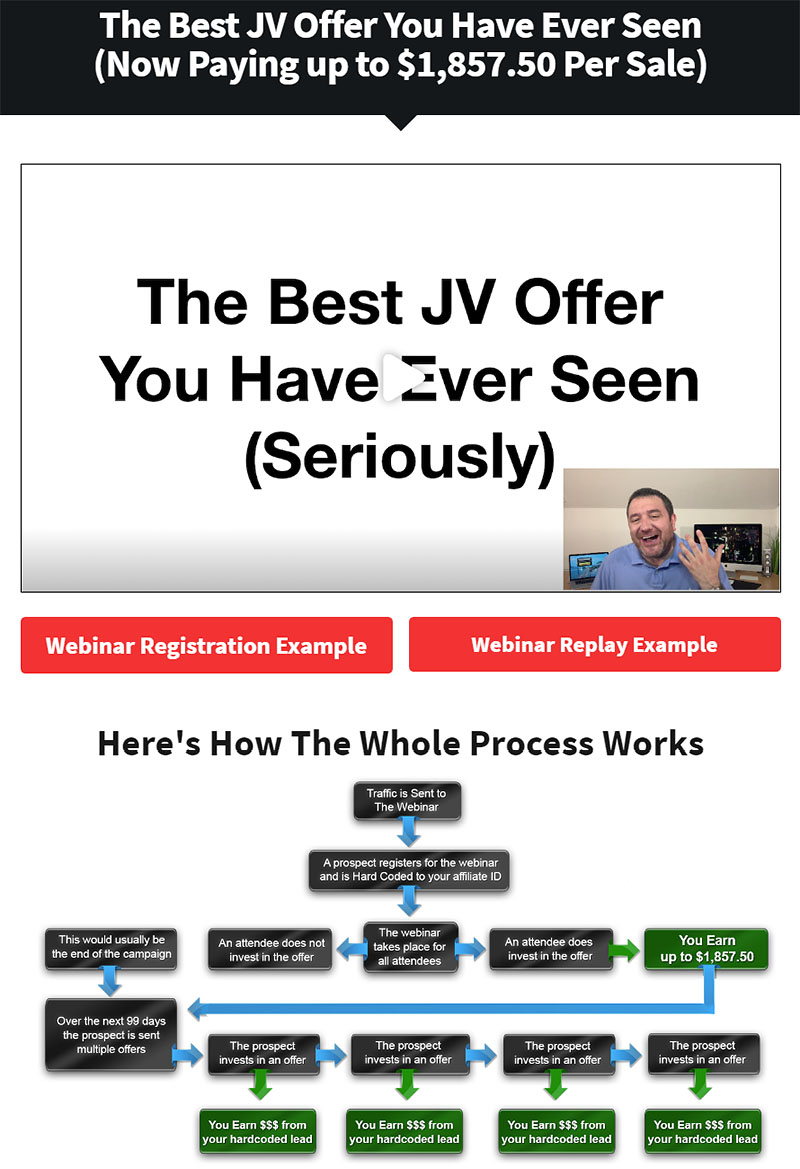 Affiliates who sign up directly through Clickbank or who become affiliates through the Ambassador Program will both earn 50% commissions on their own sales.

BUT people who become Partnership To Success affiliates through the Ambassador Program will also earn commissions from the affiliates they recruit to the program.

…they also make 25% commission on the sales of people they recruit as affiliates to the program through their JV page.

If you’re lucky enough to sign up an affiliate for the program who’s great at referring people, then you don’t have to do any work to earn commissions from that person’s sales.

How Does This Work?

Let’s say, for the sake of simplicity, that the Partnership To Success coaching program costs $2,000.

As an affiliate for Partnership To Success, you earn 50% commissions on any sales you make, so you earn $1,000 per sale.

John Thornhill also earns $1,000 from your sale (since it’s his product you’re selling).

Now, suppose you recruit Sally as an affiliate for Partnership To Success using the link you get as an Ambassador Program member.

And Sally ends up making 1 sale per week whereas you make 1 sale per month.

So Sally makes 4 sales a month and she’s an affiliate you recruited, so you get a $500 commission each time she makes a sale.

Whether you make any sales yourself or not!

And the more people you recruit as affiliates, the more commissions you earn from their selling efforts.

How much money you actually earn will depend on how good you are at recruiting people to become affiliates and how good they are at selling the Partnership To Success coaching program.

There’s a lot of variables involved.

Again, time will tell whether this pans out as a money-making exercise or not.

Now that everything’s set up, John will also be promoting my links for the next 99 days.

BTW, if any of the above is confusing, let me know and I’ll try to explain it better.

I didn’t get a lot done today.

I did set up link redirections using my preferred tool to track hits and unique visits to my links from various traffic sources.

And later today, I’ll be posting those links on a couple of safelist sites I use to get started with.

I still need to take a look at John’s traffic training for new ideas on how to drive people to my links, but I probably won’t get to that until tomorrow.

As of right now, since I’ve done no promotion of my links yet, I have zero subscribers and zero sales. 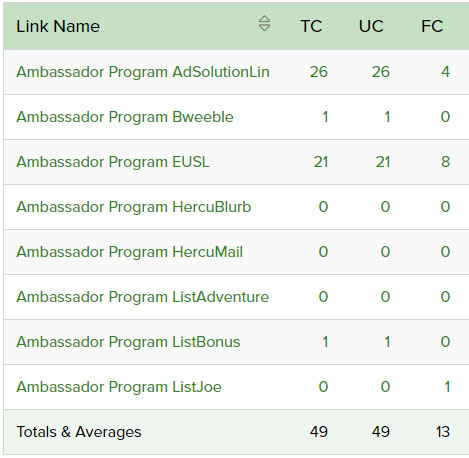 The links were posted about 18 hours before I published this blog post.

I was only promoting the Ambassador Program itself, and not the links it gave me to promote the Partnership To Success program and its JV page.

I’ll get links for those built today.

Most of the safelists I used here allow you to post emails every 3 or 4 days. So I won’t be able to send out another email to them till later in the week.

The best response was from AdSolutionLine and EuropeanSafelist (EUSL) which both do allow emailing daily.

But they work on a credit system and I have to build up credits to send daily emails.

That’s something I automate with a tool called Fast Traffic Bot, which allows me to build up more than enough credits on the various safelists I use without me having to do anything.

HercuList (for HercuBlurb and HercuMail) is usually decent, but no clicks from it at all is a bit surprising.

Since I’m sending people directly to the Ambassador Program webinar, I’m not collecting email addresses and building a list while promoting this.

I need to look at building a squeeze page to send people to, to collect their email addresses, and then automatically redirect them to the Ambassador Program registration page.

So I’m still at zero sales and zero subscribers.

Well, things aren’t going well – I still have no subscribers and no sales.

But then, I’ve been busy with other aspects of my online business and dealing with clients the last couple of days and I haven’t had the time to devote to promoting the Ambassador Program.

These are the link click results from running campaigns on the safelist sites I mentioned earlier: 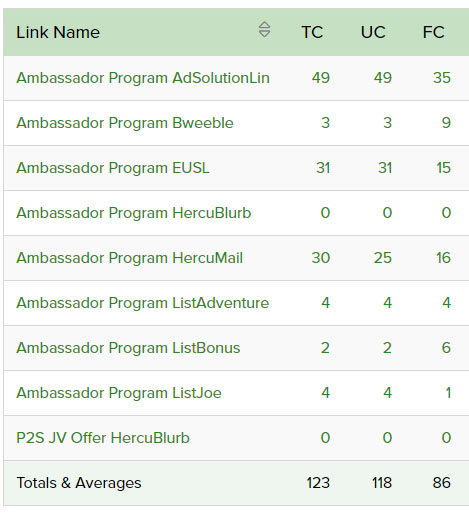 I did mess up when setting up a couple of the links and they pointed to bad web addresses, so that didn’t help.

So I got 32 decent link clicks.

You can see from the figures that some sites sent only bad clicks or a high percentage of the links were bad.

I’m surprised that there were no clicks from HercuList’s Hercublurb posts as this is usually one of the best ways to get clicks.

Conclusion: promoting on Safelists isn’t the way to go.

Time to look at alternative ways to drive free traffic… 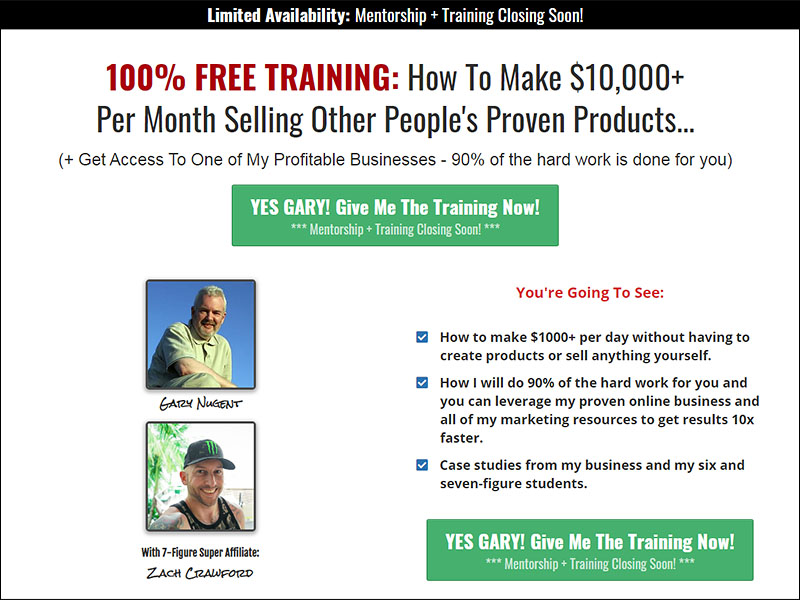